Autobiography
Queensland researcher found evidence of time travel recorded in many texts from the past. Well known traditional and prophetic stories contain chronicles of those encounters and describe or depict computer technology from the 1990s.

6 Academic Papers
South Australian researcher was the first to confirm Pegg's discoveries. He then conducted his own extensive research and made further breakthroughs which include the same Technology being depicted by the ancient Egyptians.

This Time Travel Project first evolved from the reclusive studies done by the Queensland researcher Ronald Pegg in 1996, and then continued after the beginning of the world wide public examination of his evidence via the PPHC-SG website in 2004. 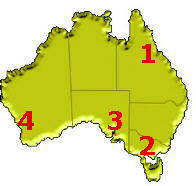 Previously unknown Queensland researcher Ronald Pegg found the contents of particular mid 1990s cd-roms and certain history books documented, described and depicted in many ancient texts.
Conclusion: Time Travel back to the Past was somehow involved.

PPHC was the business name set up to produce and print reports by Pegg, that are now in the form of his 20 Booklets.
In 2003 a compiled printed summary book of Pegg's findings was published - Ancient Chronicles Unsealed.

Independently, South Australian private researcher Eddy Pengelly first confirmed Pegg's observations then conducted his own research, and then made his own astounding discoveries.
His Reports as printed books were first published in-house by PPHC.

His six books were converted to eBooks and made available for purchase in PDF format via the World Breaking Discoveries online Bookshop. 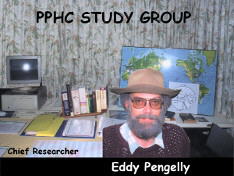 Abbreviation of 'Pegg Project Historical Comparisons Study Group', this private evaluation group was active on the internet presenting some of Pegg's work on its own website and other forums, and often invited people to conduct on-line evaluations. Pengelly's research books were also made available to the general Australian public. The concept of public workshops and evaluation sessions in Adelaide locations was developed.

A purpose and name change. This was set up in 2012 to cater for people in Adelaide who desired to personally view the three cd-roms that have been documented and described in ancient texts so that they could compare their contents directly with ancient texts, using 3 or 5 specific PPHC Resource Books as references. A new introduction Seminar was made, and the personal delivery of books to interested Adelaide residents was available. The research side of PPHC Study Group was coming to an end [or so Eddy thought].

The archived website tt2012.com.au/ATTEG still has a link to the PPHC Study Group's How our Study Criterion was Compiled full report.

During this time Eddy decided to personally redo much of Pegg's work starting from scratch, and thus produced his own research regarding many contentious topics. This took his total number of eBooks available for sale to over ten. (Printing books just for the Adelaide market was now deemed too expensive.)

This company purchased all the Intellectual Property, Works, and associated Rights regarding The Ronald Pegg Findings™, The Second Witness® works, and The Pengelly Discoveries™ plus all the World Breaking Discoveries, PPHC Study Group and TT2012 created works. They are seeking Partners and Associates who wish to be involved in the dissemination of new knowledge to the general public regarding Proof of Time Travel.
Corporate website: ronpeggdiscoveries.com.au

is the replacement public version of Eddy's former PPHC and Adelaide Time Travel Study Groups because he ceased his general research and personal public appearances. A new host was recruited who now provides interested Adelaide people with the opportunity to collect and read the printed research books and then attend a related Workshop to view the evidence for themselves. (Both activities suspended in 2020 due to covid-19 restrictions.)

The ATTSG commissioned Eddy to produce academic papers in response to multiple requests to present Pegg's findings to the world's scholars and academics.
A three part Time Travel paper plus three Case Study papers were the result.

The ATTSG commissioned Eddy to review his works and compile them into a series of Summary editions, Feature books, and Case Studies that would be in text book style - printable A4 size, flat opening with wiro binding.

The result was one Introduction and Twelve new style Reference books.

As the ATTSG was unable to conduct their public seminars and workshops due to covid-19 restrictions, Eddy was commissioned to convert them into online interactive Workshops.

Evidence of TIME TRAVEL has been Found  scattered throughout History and documented within the world's Ancient Myths and Texts.

This new knowledge will probably change how you see the world as what we have been told about our past is often not what actually happened. If this project is of interest to you, before you begin, Please  LIKE  The Pegg Project®  on