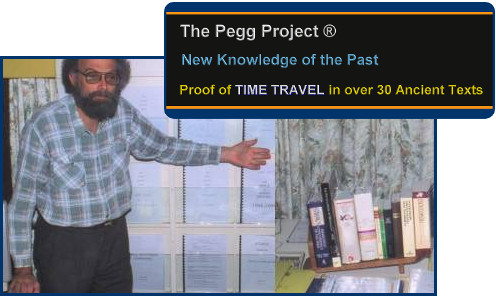 A very warm welcome to you.

The World, our Society, your Neighbourhood, You

People who have faith in 3,000 year old stories, and people who do not take those ancient stories at face value.

Those who worship a supernatural Deity, and those who do not.

YOU know to which group you belong.
Chances are though, you live in a Society that is based upon Religious Tradition, and that tradition has been portrayed to you as fact, with you either accepting it as the truth without any evidence (ie. faith) or you rejecting it because of the lack of proof (skepticism).

And the rhetoric comes full circle back to the "Them and Us".

This is how it has been for over 3,000 years here on planet Earth.

But it is not that simple.

The "Them and Us" also includes the differences between the various Religions plus their separate Denominations and Sects.

So the dispute is not just between two groups, but dozens.

This is why Society is divided. This has been one of the catalysts for War - always.
This is one of the main factors the world is in the mess we see today.

Something is very wrong. Something is holding mankind back.
We are missing our full potential.

How can we become an undivided Society?

What has been unwelcomely imposed on cultures, societies, and individuals and is the evident common denominator during the past 3,000 years ?

Would removing one or more Religions from the mix be the answer or solve the problems?

Knowledgeable people (such as Richard Dawkins for example) have presented facts to Religions in the hope that logic prevails and certain Traditions are seen as false and baseless. But religious people just cling to their past rhetoric and beliefs, and seem to ignore the new information.

On the other side of the coin, Religious people equally can not fathom how atheists can not have faith, even though it is all clearly documented in their sacred texts. They see atheists as reaching for science but failing, as they have been unable to prove there is no God.

So if citing science to prove that Religion is wrong and using tradition to prove there is a God does not appease the other side, what will?

It would have to be something from left field that both sides are not expecting, and something HUGE that leaves both sides aghast.

As Religion is the common denominator, let's look at it and see how it came about.

1) an ancient man had an encounter with gods, God, or Angels.
2) that person told of his encounter and retold the message he was given.
3) either he or someone else (much later) wrote down those accounts.
4) those stories were retold and groups of people came together.
5) Rules were made, and traditions formulated from the content of the sacred texts.
6) there were now leaders, a text, rules and traditions - a Religion.
7) the followers were read stories from the sacred texts then told by the Religious Leaders
what to believe and how to act and live (as people of earlier times could not read nor
write themselves).
8) for over 1,000 years this Religion then spread across the planet.
(Some say 'like an illuminating light' while others say 'like a plague of locusts'.)

Two significant events then occurred.
a) religious people became more educated and could now read for themselves,
b) sacred texts (taking the Bible as an example) were now available in English.

Then a strange thing happened.
When religious people read the Bible, they could see for themselves that what they had been told by their Religion was not necessarily what was written in their Bible.

9) the result was new Religious Denominations based upon new interpretations.

So the "Them and Us" became multiple and even more complex.

Then, nearly 1,000 years later, the general public became more educated. Individuals began to read the Bible (for example) for themselves and started to question tradition. But this time, due to science and logic, the result was not a new religious group who simply disagreed with some aspects that other Religions were telling them, but

The religious texts themselves had provided the proof that what Religions were saying as fact was not correct.

Hence a new set of arguments began between a new set of "Them and Us".
The Religions were now united against a new foe - Atheism.

But did you pick up on something very strange?

This gives us another common denominator - the SACRED TEXTS themselves.

(For the sake of this introduction, I have limited my scope to just English speaking people who read the various English versions of the Bible. But The Pegg Project® does include most Religions.)

So basically, all Religions - are against the Atheists' views.

When I have asked Religious people if they are bothered by the current views of atheists, I often received a similar reply...
Yes they are, but they wish the atheists would just go away and stop meddling with their Religion. In most cases they just 'turn the other cheek', ignore them, and carry on with their beliefs and traditions.

This affirms to me that of the "Them and Us", one side is not listening, and hence the issues will remain unresolved.
From this point I will be mainly addressing non-religious people and those others who have not already closed their minds to new ideas that conflict with their own understanding.

The PROBLEM has been Isolated
It began in 1611CE with the publishing of the Bible in English, and has been perpetuated for over 400 years with each new translation of the Bible.

The SOLUTION has been found
The common ground - the Sacred Texts themselves - the same resource utilized by both sides.
Hidden in plain sight beneath the traditional interpretation of the Bible's words, are the Keys to resolving the debate between "Them and Us".

I would like to introduce you to The Pegg Project®
It presents New Knowledge of the Past.

The Pegg Project® reveals confirmed Knowledge regarding human time travel trips back to the past. These disclosures will Dismantle the foundations of Religion.

Link to Seminar and Workshop removed